NOT OPERATING DUE TO COVID 19, TBA WHEN WILL START AGAIN

From the Acropolis to Omonia square, you will see all the famous sites of ancient and modern Athens on this comprehensive tour. Offering a perfect overview of the modern city, this guided tour will help you get your bearings if this is your first visit to Athens. Depart for PANATHINAIKON STADIUM cradle of the first OLYMPIC GAMES TOOK PLACE IN 1896 (short stop), pass by the Prime Minister’s residence, ex Royal Palace (guarded by colouful Evzones), Zappion (conference and exhibition hall). Proceed passing by Roman Temple of Olympian Zeus. Conitinue passing by National Garden, Hadrian\s Arc, St.Paul’s church, Parliament, Tomb of the Unknown Soldier, Schlieman’s house (Nosmimatic museum), Catholic Cathedral, Academy, University, National Library, Old Parliament, Constitution Square, Russian Orthodox church and finally ACROPOLIS (visit Propylaea, Temple of Athena Nike, Parthenon, Erechtheion with its porch of maidens). Continue with a pleasant short walk passing by Herodion and Dionysos theatre, in order to visit the new ACROPOLIS Museum. Main attractions such as votives, artifacts of every day life, statues from Archaic period, Caryatides, and of course the Parthenon hall with the metopes, the pedimentsand the frieze will impress you. 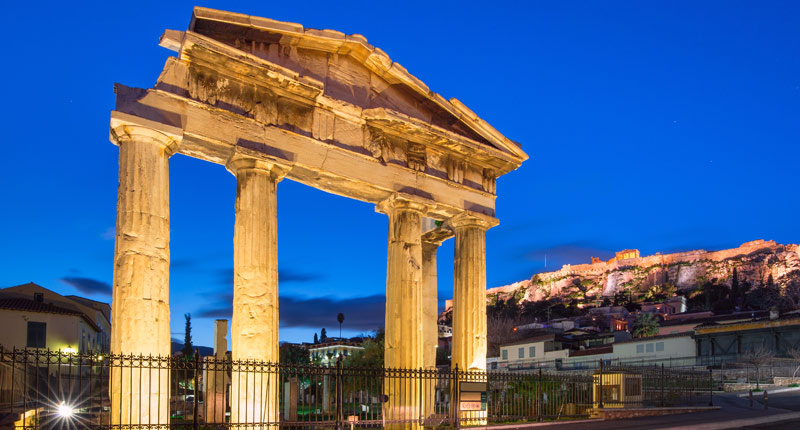 After lunch depart for a wonderful drive along the scenic coastal road which affords a splendid view of the Saronic Gulf, passing through some of Athens most beatiful suburbs (Glyfada, Voulagmeni, Varkiza) to CAPE SOUNION. 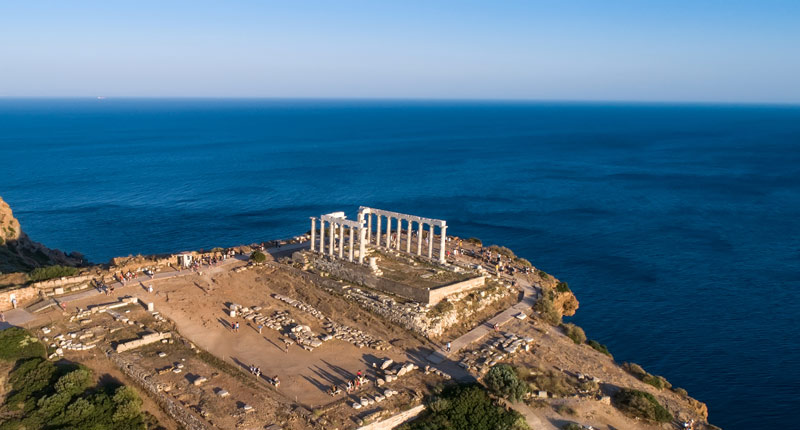 Cape Sounion is only 45 miles (70 kilometers) from Athens, making it the perfect lazy afternoon destination. The view across the Aegean is magnificent with one of the most breathtaking panoramic views in the world, extending all the way to Kea island and the Peloponnese on a clear day. The temple of Poseidon was bulit in 44 BC and many of its original Doric columns are still standing. One of the columns has a graffiti left by none other than Lord Byron in the early 1800s. The precipice is a sheer 197 foot drop to the sea.