Tinos is a Greek island situated in the Aegean Sea. It is located in the Cyclades archipelago. In antiquity, Tinos was also known as Ophiussa (from ophis, Greek for snake) and Hydroessa (from hydor, Greek for water). The closest islands are Andros, Delos, and Mykonos. It has a land area of approximately 194 square kilometers and a 2011 census population of 8,636 inhabitants. 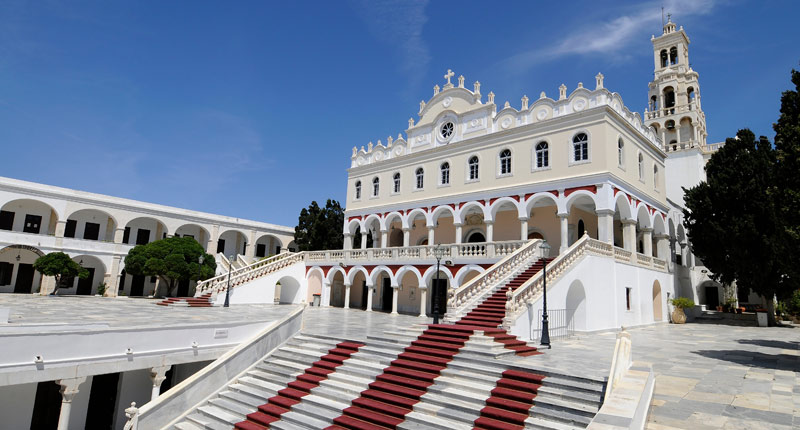 Tinos is famous amongst Greeks for the Church of Panagia Evangelistria, its 80 or so windmills, about 1000 artistic dovecotes, 50 active villages and its Venetian fortifications at the mountain, Exobourgo. On Tinos, both Greek Orthodox and Roman Catholic populations co-exist, and the island is also well known for its famous sculptors and painters, such as Nicholaos Gysis, Yannoulis Chalepas and Nikiforos Lytras.

The island is located near the geographical center of the Cyclades island complex, and because of the Panagia Evangelistria church, with its reputedly miraculous icon of Virgin Mary that it holds, Tinos is also the center of a yearly pilgrimage that takes place on the date of the Dormition of the Virgin Mary (15 August, “Dekapentavgoustos” in Greek). 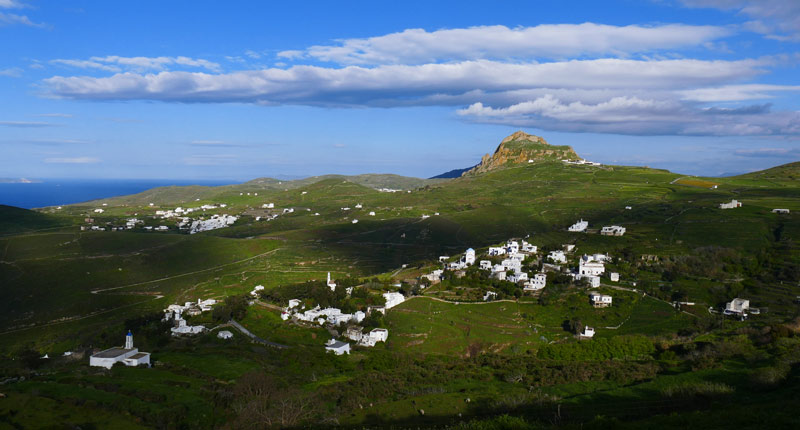 This is perhaps the most notable and still active yearly pilgrimage in the region of the eastern Mediterranean. Many pilgrims make their way the 800 meters from the ferry wharf to the church on their hands and knees as sign of devotion. 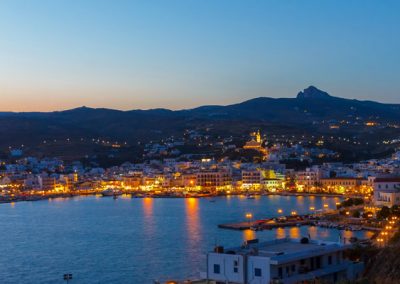 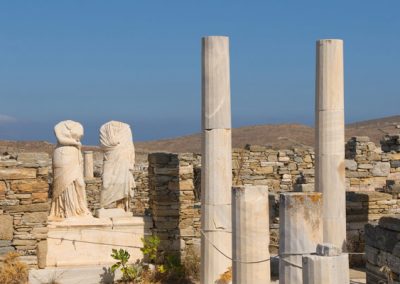 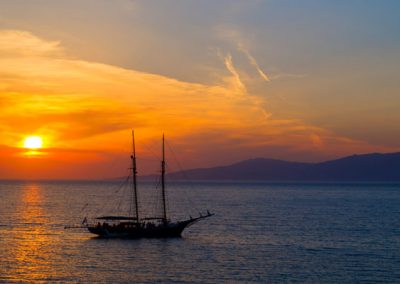 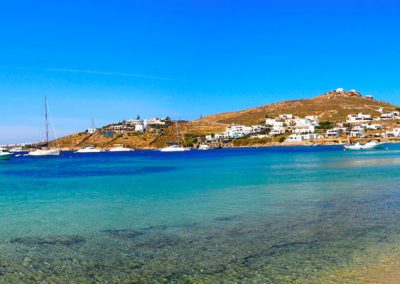 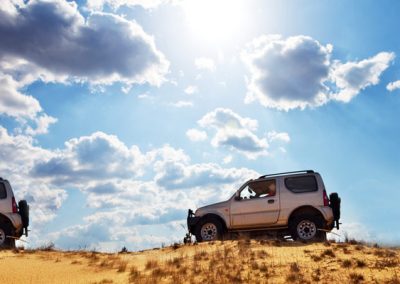 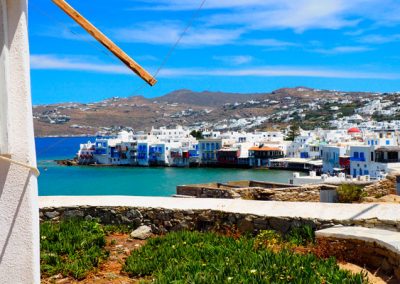